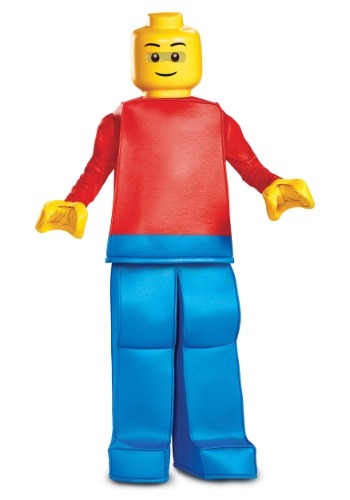 What Do You Want to Be?

Ask any child this simple question. What do you want to be when you grow up? Some kids will tell you that they want to be a police officer. Others might answer that they'd like to become a racecar driver. Then, there are those kids who literally shoot for the stars with the answer of astronaut! But then, there are those kids who really think outside the box by giving a rather surprising answer. They want to be a Lego Guy.

At first, that might sound like a ridiculous answer. Think about it for a second thought. The Lego Guy gets to be ANYTHING he wants to be. He's not held down by any obligations! He can be working as a police officer one second and then he changes his hat. Presto-chango! He's now an astronaut. Then, another quick hat change and he's become the greatest pirate captain on the high seas. Then, he puts on a racecar helmet to become the fastest racer on the road. The answer "Lego Guy" is really quite a genius answer!

This child prestige Lego Guy costume is for kids who think outside the box (or block)! The costume is officially licensed from the toy series and comes with polyfoam pieces that create the look of the classic toy. The top has a block-like construction and features a bright red color. The blue legs portion also have a blocky construction, but end in foot covers. That means your child can wear any pair of shoes with this outfit. It also comes with a mask that's shaped like the classic Lego head and a pair of gloves shaped like those of the iconic horseshoe-shaped hands.

The Sky's the Limit!

Your child can be dressed as the bumble little guy that can be anything when your child wears this Lego Guy costume! Just imagine it. One second your child is cruising the high seas as a pirate Lego Guy and the next, your child can switch to being the best Lego astronaut in the galaxy. It just takes a little bit of imagination.