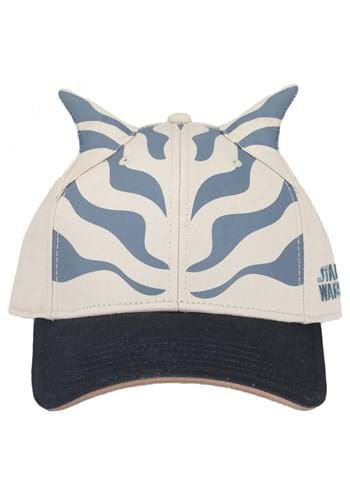 It's hard to peg particular alien looks. We guess technically we would be the aliens in this scenario, but we're referring to the less human-looking aliens (or whatever) in Star Wars. Take Ahsoka's hair or ears—okay, we aren't really sure what they are, for example. They look fabulous on her, but does she have to style them, or does she just wake up like that? Either way, until we figure out what those things on her head are called, you should pick up our Ahsoka Tano Cosplay Hat from Star Wars The Mandalorian. While we figure our stuff out, you can marvel at this officially licensed cap. Fans of Ahsoka Tano or the hit show The Mandalorian be glad to sport this Star Wars cosplay.