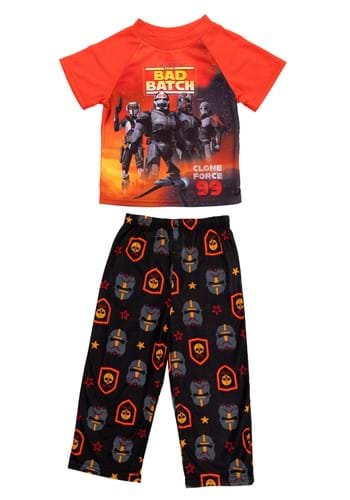 The Bad Batch are a group of cloned soldiers. This is pretty common in the Star Wars universe, as it feels like you can't throw a stone without hitting a clone, but these guys are special. They have all been modified and have special abilities that range from superintelligence to super strength. Because of their genetic modifications, they were unaffected by Darth Sidious's Order 66. The Bad Batch are actually really good guys with firm principles, but they are even better soldiers. Any youngling who is a fan of the Star Wars cartoon or Star War apparel will love this officially licensed Boy's Bad Batch Star Wars Sleep Set!