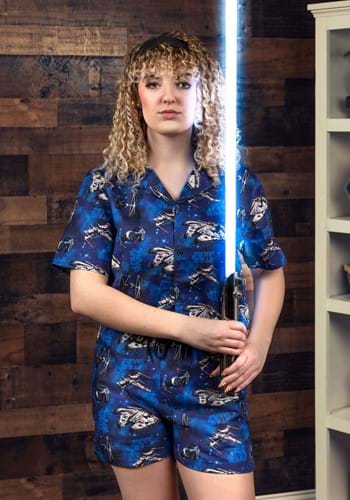 The Style Is Strong with This One

Long long ago in a galaxy far, far away, a group of courageous insurgents did some awesome stuff that inspired an incredibly loyal fanbase. Which, let's be real, is pretty much everyone. Liking Star Wars is similar to liking chocolate: nine out of ten people think it's awesome, and the tenth person is probably lying. Join with your fellow rebels and wear these awesome, officially licensed Cakeworthy Star Wars Co-ord Shorts for Adults! The TIE fighters, X-Wings and Millenium Falcons on a blue space background are perfect for lounging inside the Rebellion's stronghold.