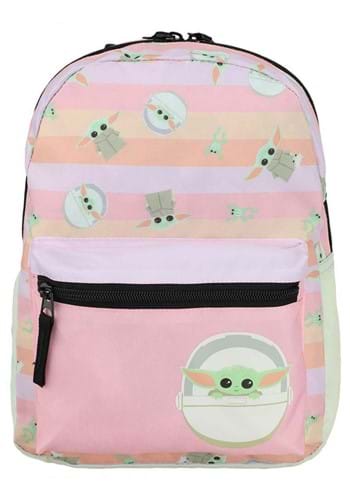 We wonder what Grogu is thinking? He was referred to as a kid during The Mandalorian, but he is actually 50 years old. They explained that some alien races developed at different rates, which makes sense, but that still doesn't answer our question. He seems to be an adorable baby but has the intelligence of a bright toddler. We know one thing he thinks about constantly, putting random objects in his mouth! Lucky Grogu's species seems to be able to eat anything without issue. Well, Mando needs a break from the kid, so pick up our Star Wars The Mandalorian Grogu Mini Pastel Backpack and take him for a spin. Fans of the hit show coo over this officially licensed Grogu backpack!