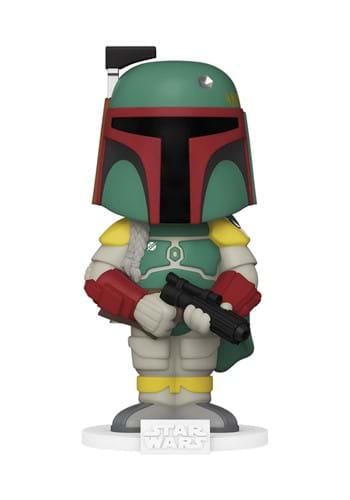 Boba Fett is one of the most feared bounty hunters in the galaxy. However, if you’ve watched The Mandalorian or The Book of Boba Fett, then you’ve seen a new side of this classic character. But though he’s helped some heroes, we still don’t want to be on the wrong end of his blaster! Bring home your very own bounty hunter when you get a Boba Fett Vinyl Soda Figure. You might even randomly receive the chase version, which pictures Boba wearing pure white armor instead of his traditional green and red!