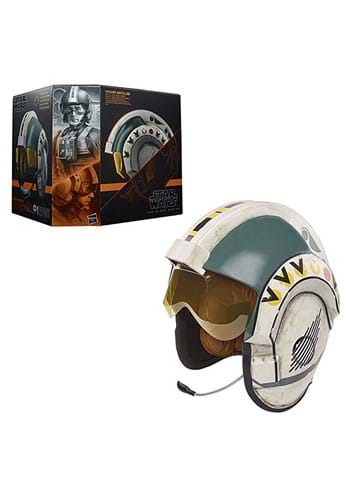 Sometimes, people are pushed into scenarios where they can choose to take the easy path or the right path. Although Wedge Antilles is known as a Rebel hero, he actually received much of his pilot training from the Empire. However, when he was commanded to shoot an unarmed transport during a simulation exercise, he began to rethink his loyalties. He very well could have kept his head down, followed commands, and become an elite TIE fighter pilot. Wedge instead chose to follow his conscience, escape the academy, and defect to the Rebellion. We’re sure glad he chose that path, even though staying quiet might have been much easier.

Now you can be the hero when you have this Black Series Wedge Antilles Helmet! This movie-inspired helmet has three internal speakers and LED lights so you can feel like you’re right in the middle of the action. It’s adjustable to fit most human heads (sorry, no guarantees for Wookiees), and has padding inside to ensure comfortable wear. You’ll feel like a real rebel when you’re wearing this officially licensed helmet!