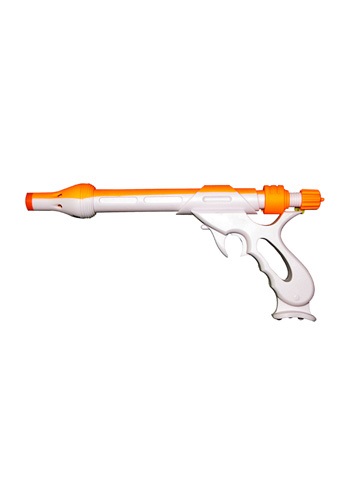 Whether you are the type of bounty hunter that focuses on single target, large missions, or even the rare one who is sought out to fuel the DNA for an entire army of clones, you have to do your best to maintain a signature style.  If you are not standing out from all the other bounty hunters in the galaxy, how is anyone going to even remember who you are?  And, especially if you’re going to be the literal face of the Stormtroopers, well, you had better make yourself your own!

Now, we’re perhaps too often the believer that the accessory makes the character, but if it is true of Arthur and Excalibur and Vader and his lightsaber, it’s going to hold up for Jango Fett and his iconic white and orange blaster.  Equip yourself to your ultimate ability with this Star Wars Jango Fett Blaster and know that no matter what enemy you may face, you’ll be the victor.  Just… watch out for Mace Windu.  Trust us.