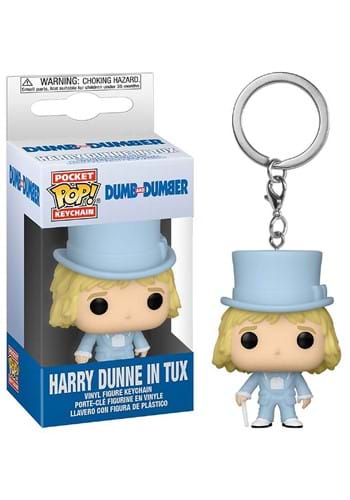 The Class in Classic

If there is anyone that knows a thing or two about style it is definitely the stars of the hilarious screwball comedy Dumb and Dumber. Now, some people may think Harry doesn’t have a clue about good fashion. Those people would be wrong. They seem to be forgetting Harry’s super stylish tux. That’s right. We are talking about his all-blue tux from the charity ball scene. He had a fancy cane, he had a dashing top hat, and he had some serious class! Now you can always have this classy comedy icon with you thanks to this Funko POP Keychain.