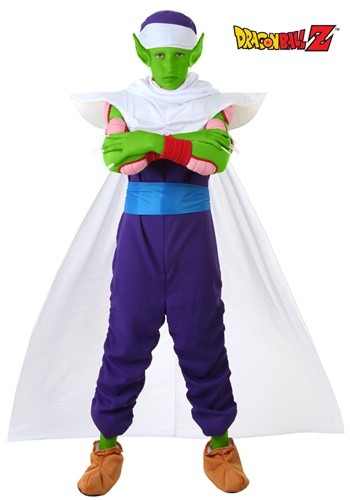 When you think of villains who’ve done evil things, Piccolo Daimao from Dragon Ball Z puts up a good fight for best of the worst. He started as a being of pure evil and led the Demon Clan as they wreaked havoc across the world. He killed multiple good guys. He kidnapped a baby and abandoned him for six months in a rocky wasteland to fend for himself. When he finally came back for the kid, he beat him up multiple times. He also tried to kill the entire world. If that doesn’t get you into the top five worst villains of all time, we don’t know what will.

But don’t worry… he got better!

Piccolo has one of the most dramatic redemption stories ever to be feature in anime—and one of the cutest, in fact, since he turned good after cute little Gohan was nice to him. All this mega-villain needed was a little love! Now, he’s one of the major heroes of the Dragon Ball universe, defending the world from Saiyans and other evil aliens. Talk about a 180-degree turnaround!

Now your kid can dress up like this super neat Namekian with our Dragon Ball Z Child Piccolo Costume. The officially licensed costume includes a purple jumpsuit, green sleeves with red cuffs and pink padding patches, a white cape and a white turban just like PIccolo's. Once they master all of Piccolo's signature moves and techniques, they'll be ready to take out any foe. Super cool Special Beam Cannon not included.