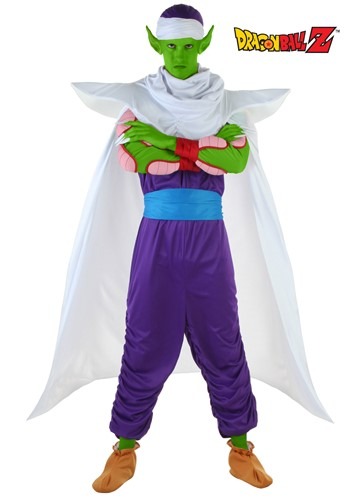 It’s not easy being green. Just as Piccolo. This Namekian is the son of the Demon King Piccolo, which means his life was already off to an unconventional start. He tries to take over the world for a while before literally being changed by the power of love through Gohan. And things only get weirder from there, as he teams up with other members of the Dragon Team to defend the world from threats that come from across the galaxy.

That’s the rough sketch of Piccolo’s story, but it barely scratches the surface of all the adventures this Namekian has throughout the long-lived animated franchise. And, there’s a lot of stuff about Piccolo even some fans don’t know. For example, even though he seems way older than Gohan when he kidnaps the little guy, he’s actually only a child himself. He just looks a lot older. Speaking of kids, did you know there are no female Namekians? So this race can’t have kids in the traditional way, obviously. Instead, they can spit eggs out of their mouths to spawn. Piccolo is one of two characters who’ve managed to kill Goku, but he also sacrifices his life for Gohan in every series they’re in together.

If you want to transform into one of the most powerful characters in the Dragon Ball universe, start with this Dragon Ball Z Adult Piccolo Costume. The officially licensed purple jumpsuit has green interlock sleeves with red cuffs and padded pink patches, along with a blue sash and white ankle-length cape that comes with a white foam collar and cowl. There’s also a white and purple turban and tan booties to complete the look. We’re afraid you’re on your own, though, if you want to power up to the Super Namekian version. Good luck with that.