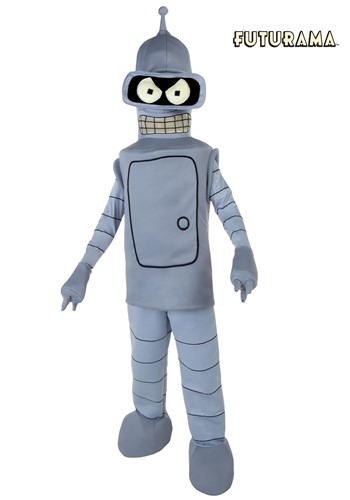 Information
Coming Soon
Exclusive
Items Out Of Stock
Includes & Highlights
Item #FUT8220CH
Items Included
Product Highlights
Size Chart
Costume Sizing Tips
Product Description
They didn't know what they were getting themselves into when they created Bender. He's pretty much the sassiest robot ever but he comes in handy during certain situations. For example, if you get into a car accident and your bumper gets bent there's only one robot you need to call...Bender Bending Rodriguez! He'll fix that bent bumper in seconds flat. He might be drinking a beer and smoking a cigar while getting the job done but hey, that's Bender for ya! This Child Bender Costume will turn you into the robot with the most attitude. We don't condone using any type of swear words while wearing this costume!

Questions & Answers
Q: Does your company make a toddler size bender costume if so how much would it be
Asked by Anonymous | April 21, 2022
Answer
Ask a Question
Reviews