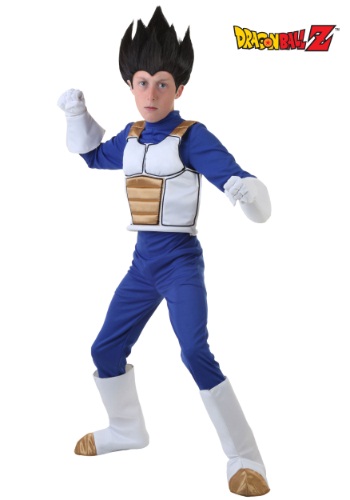 Information
Exclusive
Includes & Highlights
Item #DBZ2214CH
Items Included
Product Highlights
Size Chart
Runs Small
Slightly Small
True To Size
Slightly Large
Runs Large
Costume Sizing Tips
Product Description
Vegeta's got a tough job. When he goes to work, bad guys shoot energy beams at him all day long. Of course, his job is fighting the toughest bad guys in the universe, so it sort of comes with the territory. We don't think we'd last a minute in his career, but then again, he's a Super Saiyan, so fighting runs through his blood. If your child wants to get into the Z-Fighter business, then he's going to need to start with the right look. This DBZ Child Vegeta Costume recreates the battle armor worn by the Saiyan Prince during the Frieza and Androids Sagas from Dragon Ball Z.