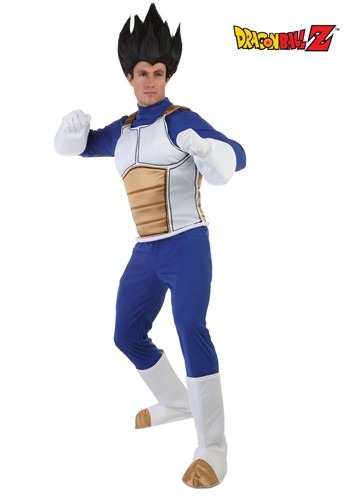 The worst part of being a villain is that there is a pretty good chance that you aren't really the top villain. Bad guys don't really work together as equals. So, you're either the worst creature in the universe or you're just a minion. Thus was the fate of poor Prince Vegeta. Tough like nobody's business, a royal heir to a destroyed planet full of amazingly skilled warriors, and even with a style that few could match... Vegeta was still just a pawn of the Frieza Force.

Of course, all that changed when he got to Earth and saw how awesome things could be! Not only were there opportunities to have a family and fight with even more powerful beings instead of constantly against them, but Earth has also always been known for having pretty delectable food—a definite requirement of anyone who plans on ever going beyond basic Super Saiyan form! So, it is out with the purple dude and time for full-time good guy Vegeta!

Take a deep breath and let out a roar to transform into a full-blooded Saiyan with this Vegeta costume. It is officially licensed from Dragon Ball Z and part of our Made by Us line, meaning that our in-house design team has made sure the costume is authentic looking and pretty fun to wear, too! You'll have a full jumpsuit that zips up the back. The white and gold battle vest fits with hook and loops. The look is finished off with a pair of boot covers and white gloves. All you need next is to decide if you want to go with the black hair or upgrade to Super Saiyan form with a blond wig!

Sure, you get pretty tough by fighting off all sorts of characters, but you'll find your power raising even higher when you team up with other Saiyans. Join up with Goku and the rest in a DBZ group costume!