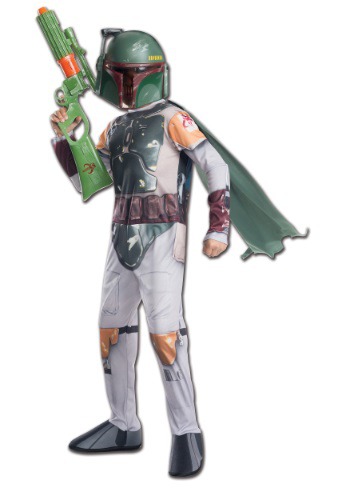 There’s always been that interesting story about how the original Stormtroopers came to be.  Most of the details have become pretty public knowledge, now, for those of us in this galaxy, but it certainly was a bit of a shocker for many of those involved in the galaxy far, far away.  After all, not many want to hear that they are a clone.  There’s always that fear that you lack any real unique qualities if you’re basically just manufactured, especially in mass quantities!  But, Jango Fett didn’t much worry about the feelings of the Stormtrooper clones!

Of course, that didn’t stop him from making sure that one was made unique and special.  Naturally, poor ole Jango didn’t have a whole lot of time to settle down with the right galactic gal.  Hardly surprising given that his occupation was planet jumping from one system to the other with the intention of bringing down a target for the highest bidder.  Makes a person wonder what sort of life little Boba was having prior to the infamous day where Jango came face to face with Mace Windu.

Well, rather than focus too much on all of the negative history, we can certainly look at what sort of future might have happened in Boba Fett started that day with a slightly more optimistic bend.  Imagine if Boba had a set of folks that still wanted to guide the little guy through his future as a bounty hunter and was there to pass down the Mandalorian armor rather than expect the guy to scrap it together on his own?  Well, you can give Boba Fett a brand new life with this officially licensed child Boba Fett Costume.  The jumpsuit has printing to make it look just like the epic armor and the soft plastic mask will put your tyke right into that bounty hunting sort of head space!  No blasters included, though if you think your tyke is ready, we’ve even got dual toy guns with blaster sounds on activation!  Talk about taking after pops!