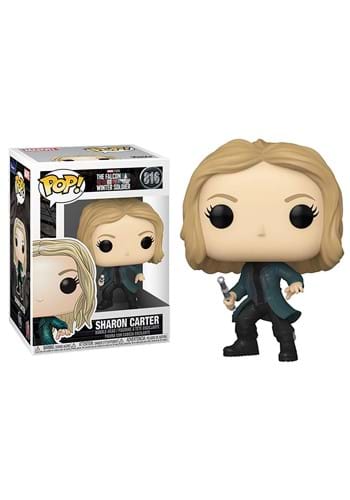 POP: The Falcon and the Winter Soldier-Sharon Carter Vinyl Figure

In a world turned upside down and then inside out, it's easy to understand why some “heroes” changed their minds. But was anyone expecting a Carter to switch their allegiance? Surprised or not, it’s probably best to keep an eye on where Ms. Carter is heading with this POP Marvel: The Falcon and the Winter Soldier – Sharon Carter Vinyl Figure. Modeled after Sharon as she appeared in the Disney+ series, this officially licensed collectible is the sneaky way to show your support for or deny any trouble-making from Agent Carter’s great-niece.