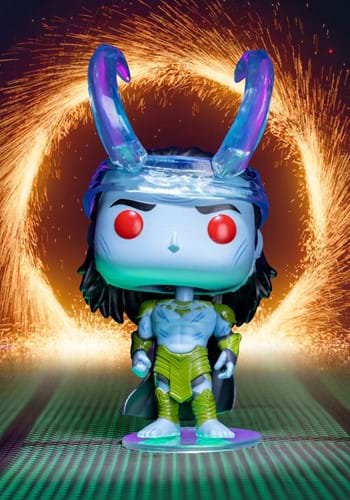 It's All A Joke

What if everyone's favorite villain, Loki, was never meant to be the God of Mischief? What if, instead of being adopted by Odin, he stayed with his original Frost Giant family? This POP! Marvel: What If...? Frost Giant Loki captures every detail of the larger-than-life trickester in all his blue glory. Like the real Loki, he stands by himself. His head bobbles with glorious purpose. With his helm, he stands taller than the average POP!, at 5 inches, so he can tower over the other puny gods in your collection. Don't imagine what if--see it for yourself.