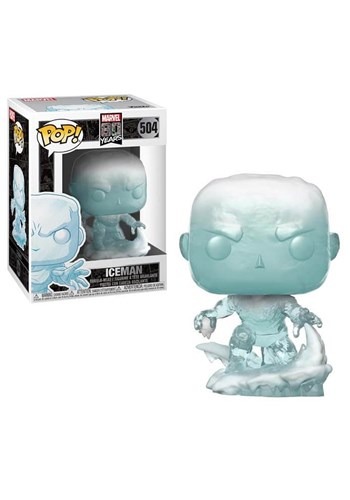 Iceman is often overlooked as just a mutant that plays with cool temperatures. Sure, when you've got a ton of mutants with serious (and literal) firepower, that might seem pretty small in scale. But, the dude could (if he wanted) freeze the entire universe solid. Good thing he has always had a really warm heart. We can prove it with this Pop! Marvel Bobblehead Figure of Iceman as part of the 80th Anniversary of his first appearance in comics... where he was covered in ice. Okay, not convincing, per se, but you're gonna love this figure!