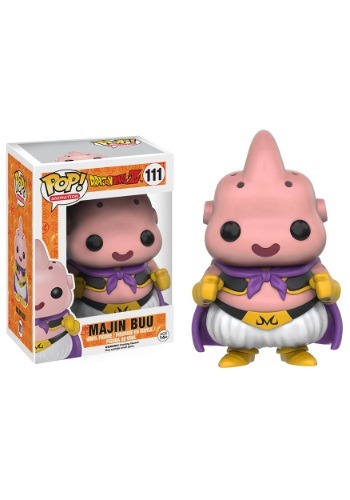 Don’t let Majin Buu’s happy attitude fool you. He’s a monster that’s bent on the destruction of the entire universe… or maybe he just wants some chocolate? It’s hard to tell with that guy. One minute he’s pummeling Vegeta in a one on one duel and the next he’s making friends with Hercule. Of course, this Dragon Ball Z POP, which looks like a shrunken version of the Dragon Ball Z character, is 100% friendly!

The Majin Buu POP vinyl is one of Funko’s greatest accomplishments in paying homage to Akira Toriyama’s classic anime series! He stands a full 5” tall and has a happy little smile on his face and that weird dangly thing on the top of his head. Don’t worry, since this little figure is completely reformed. He’s not the walking disaster he was at the beginning of the Majin Buu Saga, so you can safely place him on your desk without any concerns.