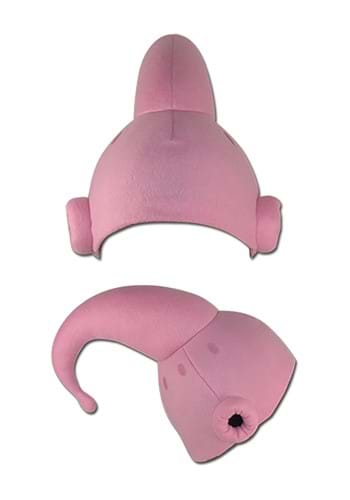 The baddest Dragon Ball Z villain of all time? We think that title goes to Majin Buu. We know that might cause a lot of waves in the DBZ fan community, but we're just going to go ahead and say it. Frieza may have been the first time that we got to see Super Saiyan mode and Cell was quite a heavy hitter, but only one villain in the Dragon Ball Z lineup could turn his opponents into pieces of candy just by bobbing his head at them.

Now, wearing this Dragon Ball Z Buu Fleece Cap won't allow you to turn your foes into chocolate, but it will make you look a lot more like the iconic baddie!

This officially licensed hat comes from the classic anime series from Akira Toriyama! The cap is made out of all-new, extra soft, fleece material. Of course, the hat is light pink, just like the color of Majin Buu's signature color. The interior has fiberfill stuffing inside to help give it that rounded shape. It even has Majin Buu's antenna on the very top to bring the whole look together. You can use it to craft your very own Majin Buu cosplay costume!