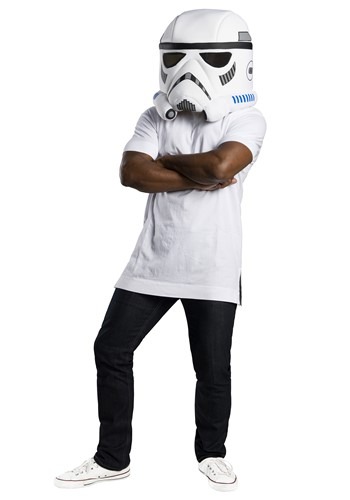 It's tough being a Stormtrooper. You're probably a clone among a million other identical folks. Even if you came after the Clone Wars, you're still lumped into a group of terrible shots on the wrong side of the war. But, when you've got this Oversized Stormtrooper Helmet, you'll at least show that you're bigger than life... (or at least proportionally unique).