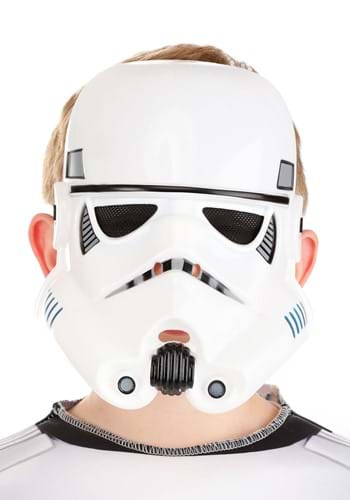 Those puny Rebels have not realized that their futile uprising was doomed from the start. After all, they're facing the full might of the Emperor's army, which is not only highly skilled, but also wears really cool armor. There's no way that they could fail to crush the Rebellion.

Have a victorious Halloween when you wear your officially licensed Storm Trooper Mask for Kids! The molded white plastic mask has black and blue armor details and secures around your head via an attached elastic band. Clear view ports let you see where you're going.