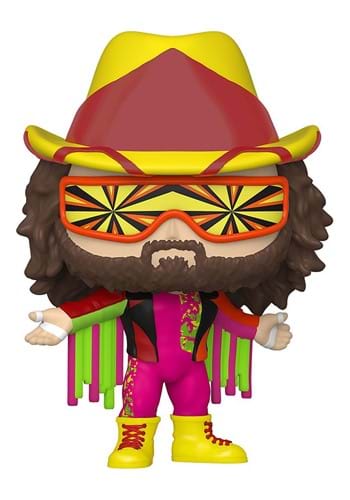 Macho Man Randy Savage once stated that he was "too cold to hold" and "too hot to handle." That phrase has been rattling around our brains since the 80s. How can one simultaneously be too cold to hold and too hot to handle? It seems to be an unsolvable paradox... much like Macho Man himself! The man could work a crowd, he could play the hero or the villain with perfect style. He was wild enough to take on foes like Hulk Hogan and Ric Flair, and yet he was gentle enough to capture Miss Elizabeth's heart! This POP! WWE Macho Man Randy Savage Figure brings you the champion in classic Funko style. The adorable figure is made out of vinyl and is as colorful as Randy Savage himself!