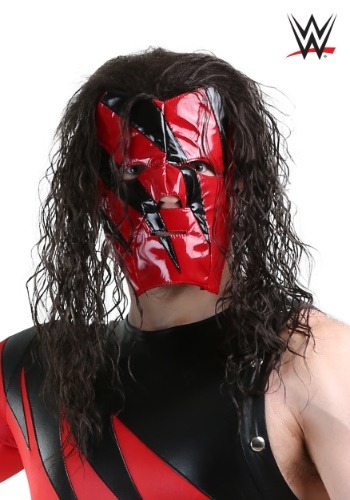 Sure, Kane has had a few different hairstyles during his career in the WWE, including a clean shaven scalp and a buzz-cut. But that’s not what the fans want. What about that long, lustrous black hair that glistened as he was beating the ever-loving snot out of his opponents in the ring. Now that’s the hair of a true warrior! If you plan on dressing up like Kane, then you’d better have this glorious wig, which replicates the look of Kane’s hairstyle with synthetic fibers. Just put it on and you might even feel ready to rumble against The Undertaker.