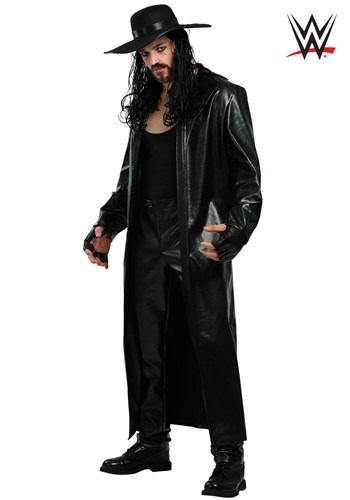 Professional Wrestling sure has had a lot of iterations over the years. The fantastic showmanship, the pyrotechnics, the incredible stunt acting and soap opera storylines, man--it’s both incredibly nostalgic and somehow still relevant!

Ask anybody for one pro-wrestler that’s made the years unforgettable and you will end up with a handful of names: The Rock, Steve Austin, Hulk Hogan, maybe Andre the Giant. But we think one particular wrestler stands out from the rest in his longevity, style, and showmanship: The Undertaker! Everyone knows the Undertaker and his classic dark styling, scare tactics personality, and supernatural associations.

Do you have what it takes to stand up and take on the role of this enigmatic being that just can't be taken down? Feel free to team up with his half-brother Kane to become the Brothers of Destruction, or operate on your own, and emerge victorious time and time again in any challenge that comes your way. You can unseat Hulk Hogan from his championship throne, go on an unprecedented streak of wins in WWE matches, it’s really up to you. Maybe you could settle for something quiet, like causing trouble with Vince McMahon and The Rock—oh did we say, "quiet?"

If you're ready to take on the glory of the wrestling, there's no better way to do so than with our WWE Undertaker costume. However you choose to embody the Undertaker’s showmanship and dynamic presence, feel comfortable in this authentic, officially licensed outfit. Included with the trench coat style long jacket, matching pants, and fingerless gloves is the iconic hat that features a soft-molded brim for a customized appearance. Now get out there, scare your enemies into submission, and claim your championship title!

A character like the Undertaker isn't likely to have a quiet road to victory. No, we expect there will be several screams of excitement when you show up in this Made by Us costume.