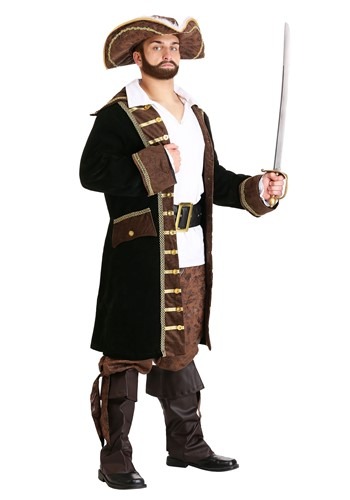 The pirate's life is totally for us. We think we'd make great pirates. Well, we'd be good at the sailing, and saying things like "Ahoy Matey" and "Back to work you scallywag". Those kinds of things would definitely be our forte. However, We aren't sure that we would be that good at robbing and pillaging. We're just too stinking nice, it's a curse!

We could chase down another ship, and we'd catch them and we'd board their ship. But then, we wouldn't want to kill anyone. We'd feel bad, they don't deserve to die over this, you know? So we would just take them all hostage until we get what we want off of their ship. So we might start robbing them, but then we realize that we can't take their food, they could starve, which would just be us killing them! And if we take their money then they can't buy food in the future, which means we might be killing them anyways... In the end, we probably wouldn't take anything, we might even give them a little of our rum just for their troubles... Like we said, this part of the job would not be our strength.

This costume will transform you into a fearsome pirate! Hopefully a better pirate than us, anyway. From the shirt to the pants, to the jacket, everything you're wearing has an authentic pirate feel. We've even included the hat and the boot tops to make sure you look like a swashbuckling pirate from head to toe.

PIRATE'S LIFE FOR ME

So, maybe a pirates life isn't for us. We will just be a different kind of pirate! We will be the kind of pirate that chases you down just to give you a free meal. We are going to be a nice little pirate gang. What kind of pirate will YOU be?