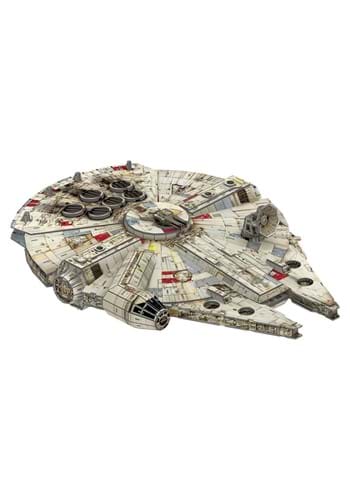 It Made the Kessel Run in Less Than Twelve Parsecs

"She might not look like much, but she's got it where it counts, kid!" Actually, we disagree with both Luke and Han Solo here: We think the Millennium Falcon is about as cool as it gets! You can tell just by looking at it that it's had some pretty amazing adventures. What other ship could have helped to take down two Death Stars? If you love Han Solo's famous ride, you're going to love putting together and displaying this officially licensed Star Wars: Millenium Falcon 4D Paper Model Kit!