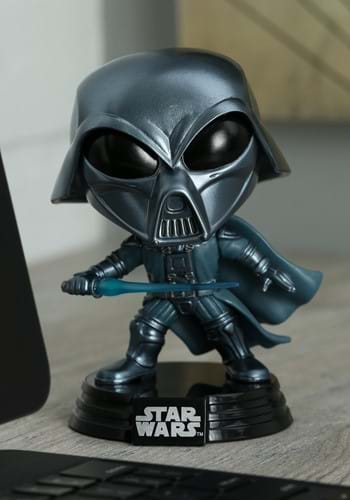 Now, he's an icon. But in the early stages of Star Wars ideation, his look and style were not set in stone. Darth Vader took on many different images and this ominous-looking figure comes from some of those original designs! The Funko POP! Star Wars Concept Alternate Vader Figure brings you a familiar figure with some slightly unfamiliar style. His eyes are a little more alien, his lightsaber is blue, and his suit is a little different, but those villainous vibes are all there with aplomb! He's the perfect addition to any Star Wars collection that wants to take a deep dive into the galaxy far, far away.