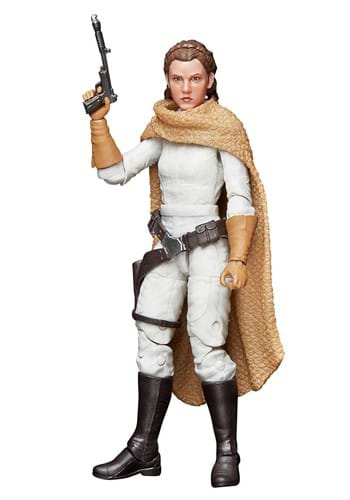 Leia isn't the kind of princess who waits in a tower for someone to rescue her. She's perfectly capable of blasting her way out of dangerous situations, or practicing the kind of diplomacy that unites allies and builds strength. (Unless you're a stuck-up, half-witted, scruffy-looking nerf herder, in which case she'll let you know what she thinks of you.) This officially licensed Star Wars The Black Series Princess Leia Organa (Comic) Action Figure depicts Leia at her capable, courageous best, blaster in hand and ready to use.