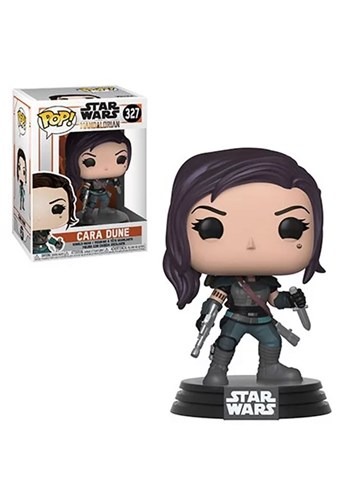 There aren't too many willing to stand up to a Mandalorian Bounty Hunter. (Especially given their rep.) Of course, if you're Cara Dune, there isn't much that you're afraid of... (other than being forced to socialize with Imperial scum). From shock trooper to mercenary with quick fists, this is a gal to keep your eyes on! Fortunately, when you have this officially licensed POP! Star Wars: The Mandalorian - Cara Dune Bobblehead Figure, you've got a friend who'll be watching your back, too!