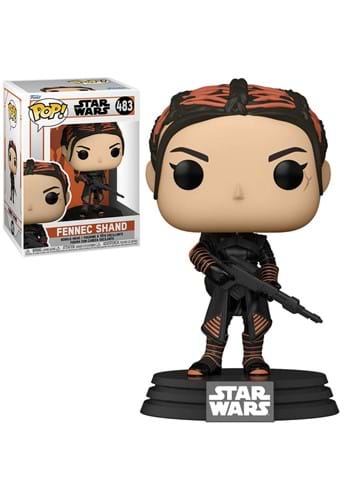 The Brains Behind the Muscle

Boba Fett may have a show named after him, but the brains (and looks) behind the operation is clearly Fennec Shand. Show your love for this elite mercenary, bounty hunter, and assassin with this Funko POP! Star Wars: Mandalorian - Fennec Shand Figure. She's mounted on a base and her head bobbles, so she can let you know when she agrees (or disagrees) with your decisions. Officially licensed, every detail of her armor, weapon, and hair is captured in the tiniest degree. She'll stand guard over your other POP! figurines and keep them in line even when you're not around.