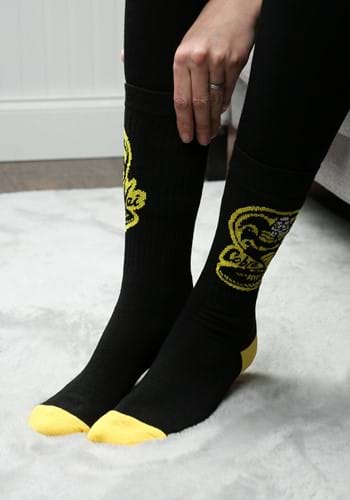 Cobra Kai has a long history of victory. Sure, there was that little hiccup that happened at the All Valley Karate Championship, but aside from that, Cobra Kai is THE karate style to study. Now, you can represent the dojo by wearing these Cobra Kai Crew Socks. These comfy socks are made out of spandex blend material and feature an image of the Cobra Kai symbol on the side. They're also officially licensed from the Karate Kid-inspired series! They're perfect for any fan who wants to rock the dojo's motto!