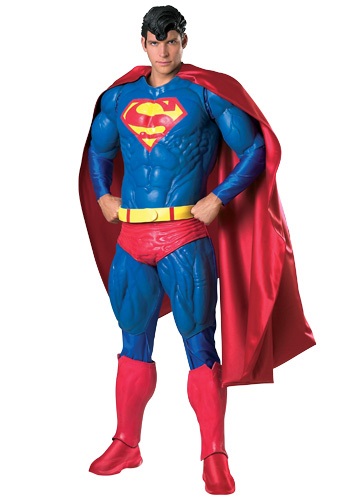 Listen: There are Superman fans, and then there are Superman fans! You know the ones we’re talking about…those fanatical fans who spend half their lives constantly thinking about the Last Son of Krypton. Ever since they saw Christopher Reeve turn back time by flying super fast around the world and reversing its orbit, they’ve been hopelessly devoted to the Man of Tomorrow.

And look…while we kind of maybe find it a little creepy and think that maybe it would be healthy for you to find some other hobbies to round out your life, we’re not here to judge you! Sure, according to you, Superman isn’t just your favorite superhero - he’s the only superhero - and yeah, you’ve probably gotten into some really intense and strongly-worded arguments on the subject, but everyone’s gotta be passionate about something right? And yes, for years you’ve tirelessly and zealously collected every bit of Superman memorabilia you could find, no matter how strange, unusual, or expensive…and some might say that you could have used that money to, we don’t know, go to college, or move out of your mom’s house, or even join eHarmony. But it’s your money, and you get to spend it on the things you love, yeah?

And with that in mind, we’d like to introduce to the newest love of your life: It’s the Ultimate Collector’s Edition Superman Costume! Sure to stand out in any collection, this officially licensed life-sized Superman costume looks like a life-sized action figure. Just imagine all the fun you can have pretending to be a life-sized Superman toy…It’s literally the next best thing to having Superman actually living in your (mom’s) house!