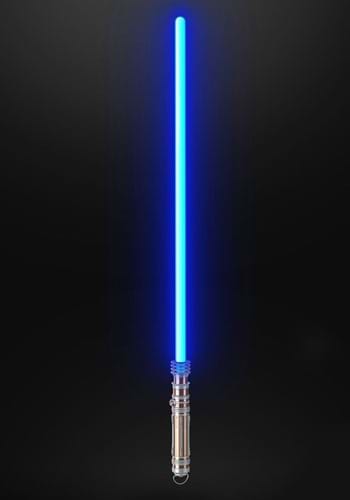 Back in 1977, no one knew what was in store for the original characters from Star Wars. Luke would become a Jedi Knight. Han Solo would learn to be more of a team player and less of a solo. And Leia would become one of the greatest leaders of the New Republic. She also would follow the legacy of her brother and father, walking the path of the Jedi. Now, you can wield her legendary weapon, as seen in Star Wars: The Rise of Skywalker!

This Star Wars Leia Organa Force FX Collectible Lightsaber comes from The Black Series collection, and comes with a hilt, a removable blade, a stand, and a set of instructions. With the press of a button, the lightsaber ignites into a noble blue glow. The lightsaber emits real sounds from the movie. It even has blaster deflection effects, a progressive ignition effect, and a molted blade tip effect.

Want to display this piece? You can use the included stand to display it as the centerpiece of your collection. Display it with or without the blade, or use it as the ultimate cosplay piece.