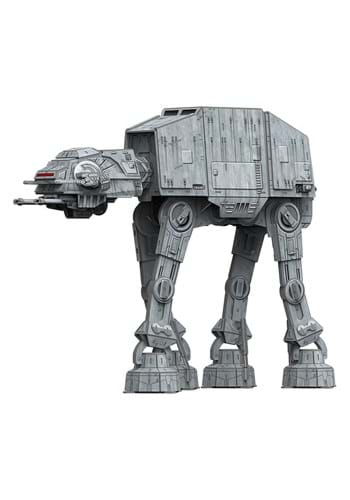 Watch out for Ewoks

They were supposed to be the pride of the Empire: A walking, shooting, nearly-unstoppable armored war machine. And at first, they really did do a lot of damage to the Rebellion's stronghold on Hoth....until our hero Luke Skywalker discovered that long cable around AT-AT legs = more tripping and falling than a slapstick comedy. It all went downhill from there. By the time they were used at the Battle of Endor, a bunch of stick-wielding teddy bears took them down easily. Oh well. At least this model is still really fun to assemble and display!