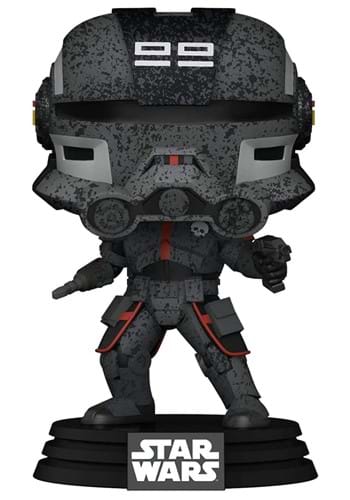 Early in his career, CT-1409 tended to repeat orders from commanding officers to his teammates. This habit slightly irritated his fellow clones but also earned him the name “Echo.” After being captured by the enemy and turned into a cyborg, he becomes a hero in the Battle of Anaxes and joins the Bad Batch. This Funko Pop Bad Batch Echo figure shows him in his awesome armor, ready to continue being a hero.