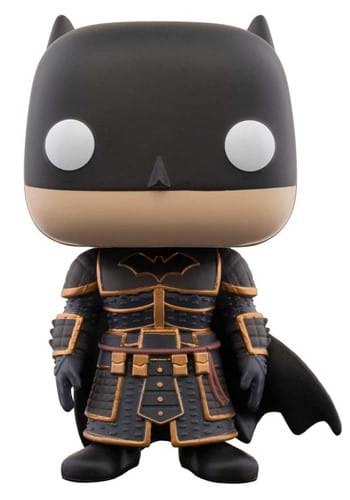 The Heart of a Samurai

With the different versions of Batman there have been over the year, collections tend to be ever-growing. Now, there's yet another iteration to collect thanks to Funko Pop. The Imperial Palace Batman figure features your favorite caped crusader in a similar suit to what he wore in the Batman: Ninja animated film and comics. His armor is like what a samurai or ninja would wear in Feudal Japan. This unique version of The Dark Knight will be the perfect addition to your Batman collection! Be sure to check out the rest of the vinyl figures in the Imperial Palace series.