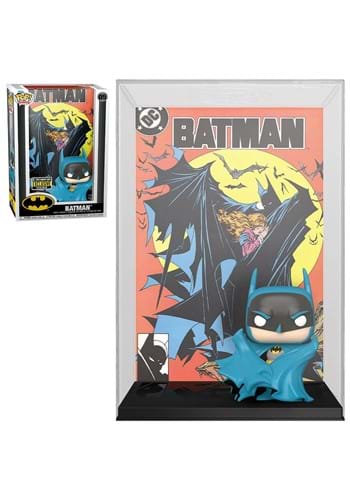 Somebody at Funko and DC Comics deserves a raise. Whose idea was it to make Funko POP! based on comic covers? We think these are just great. Not only that but this Funko DC Comics Batman #423 McFarlane Pop! Cover originates from a great story. A bunch of cops are telling gritty stories about Batman. The last police officer mentions that Batman helped him care for two homeless orphans. The story shows that Batman is more than vengeance, but a (Bat) man of the people. If you are a Dark Knight fan, you must pick up this Funko DC Comics Batman #423 McFarlane Pop! Cover.