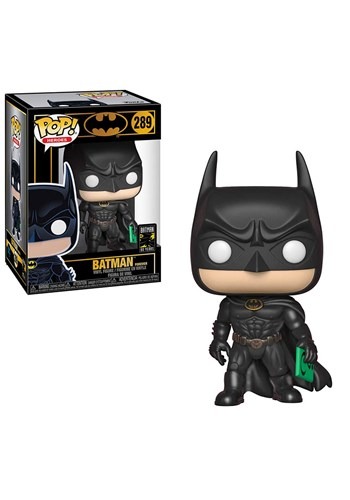 Riddle me this: What is the neatest Batman figurine ever made?

If your answer was the Pop! Heroes: Batman: Batman 80th- Batman (1995), you were right! This officially licensed figurine pays homage to Batman's appearance in the 1995 film, where he squared off against both the Riddler and Two-Face. The figure stands nearly 4 inches tall and holds one of the Riddler's famous riddles in his hand. Surely it's no puzzle as to whether you should bring him home with you!

How can you say that you're a Batman fan when you don't have the proper Funko pop? Decorate your desk and or shelves with the dark knight!