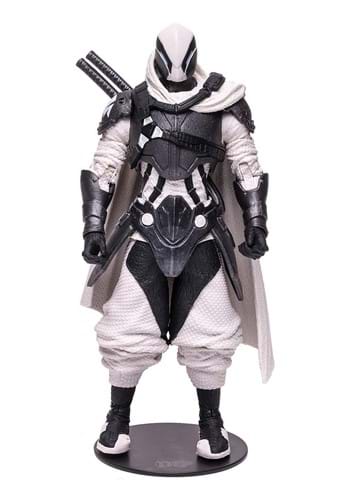 We know you love Batman, who doesn't, but do you ever feel like our favorite caped crusader isn't being as effective as he could be? Well, you wouldn't be the first person to have that thought. The vigilante Ghost-Maker is an old friend and rival of the Bat. They trained under many of the same mentors and both took on a life of crime-fighting. The biggest difference between the two was just how far they were willing to go in a fight.

As you know, Batman refuses to kill. Ghost-Maker on the other hand, not so much. His name kind of gives it away, but he is willing to put down villains for good! Add this vigilante to your collection today when you grab this DC Multiverse Future State Ghost-Maker 7" Scale Action Figure.