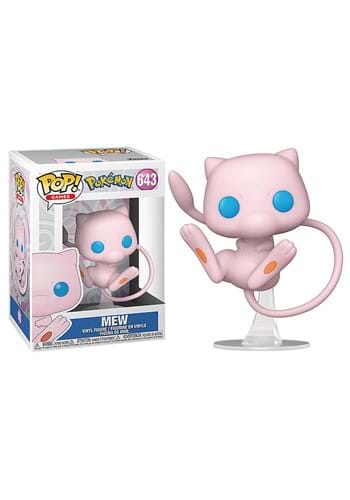 Strength Comes From the POP!

Finally, you can collect one of the rarest Pokémon known to mankind. That’s right. You can get your hands on the highly sought-after creature known as Mew. Number 151 in the Pokédex can now be your number 1 favorite Funko Pop collectible thanks to the Funko POP Games series. In Funko form, somehow Mew has become even more adorable. The miniature pocket monster has big blue eyes, tiny little arms, and enormous cute feet. Her long tail floats behind her while she floats herself, thanks to psychic powers as well as the clear base that's included with the vinyl figure.