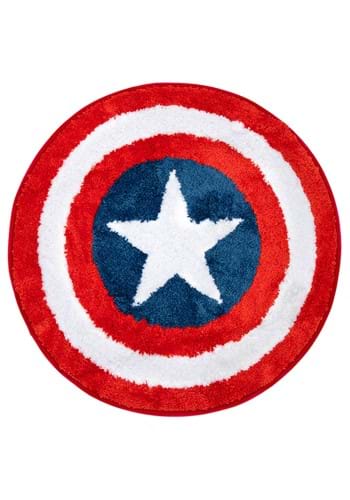 Steve Rogers has been through a lot. He engaged Red Skull in an epic battle over a major ocean, crash-landed the aircraft so that it wouldn't blow up any cities, was frozen in ice for over sixty years, and woke up to several mind-boggling technological changes (plus a resurgeance of Hydra). Oh, and now he's a member of the Avengers. He's going to need a little "me time" to let everything sink in. A long bubble bath in a bathroom decorated with a mat that looks like his shield sounds like just the thing!