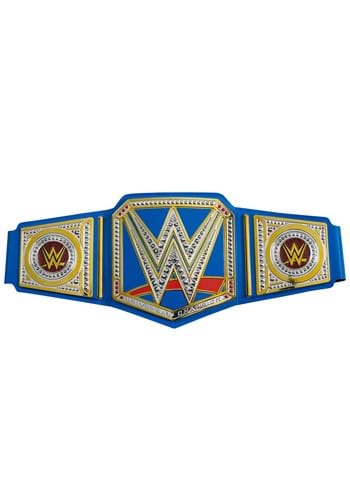 Why don't WWE winners wear their belts more frequently? If we had defeated all other famous wrestlers in a giant showdown, we would sport our prize belt everywhere: To the grocery store, to the library, to the dog park, maybe even to the pool (if it was waterproof, which it probably isn't.) Wear this officially licensed Universal WWE Championship Belt wherever you want, and especially with a costume! The blue faux leather belt features a secure hook and loop fastener and three gold-tone plastic pieces that are decorated with WWE graphics.