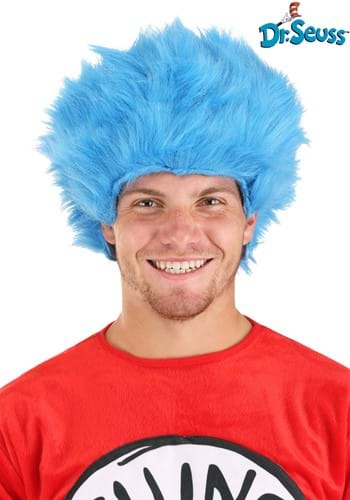 Does anything spell out chaos more than spiky electric blue hair? We don't think anything can surpass it. Thing One and Thing Two prove it as soon as they hop out of their pink box. First thing's first they spin the poor household goldfish on a cane until poor little Conrad stopped the bowl from falling. Although, we're not sure how they remain so perfectly choreographed the whole time they're on camera.

So, if you think you're up for synced up chaos then you're ready to become part of a the most famous troublemaking duo of history. Whether you plan on hassling goldfish or you simply want to run around and see what kind of mess you can stir up, the crazy hair is a must. Pair it with a hilarious red jumpsuit or keep it casual with a Thing t-shirt. There's no duo that can produce as much fun as the rascally Things!