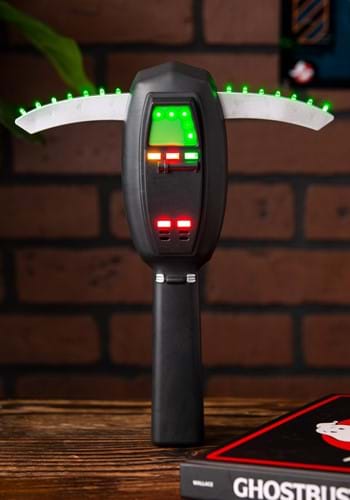 Scientists are the best. They come up with all kinds of amazing items from lightbulbs to slap chop. Take Dr. Egon Spengler, for instance. He's a hero scientist of ours due to his research into the paranormal along with his group The Ghostbusters. Ever heard of them? Maybe you've seen their late-night commercial, but if you haven't heard, they're the best ghost hunting and busting guys in the paranormal investigative business! One reason they're so good is because of science, and inventions. Like this PKE Meter. What an invention!

This officially-licensed PKE Meter is going to bring some awesome busting power to your Ghostbusters costume! We made a detailed, high-quality accessory that looks straight out of the classic film, with lights and sounds, and the antennae on the sides even pop out at the push of a button. While we can't promise that you'll be able to track down any poltergeists this Halloween while using this PKE Meter, you will look right at home as the fifth member of the Ghostbusters when you're toting this during your party this season.