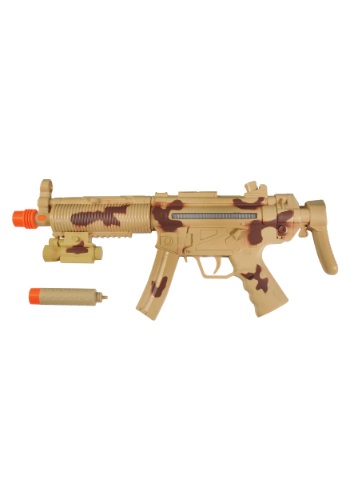 Information
Includes & Highlights
Item #SND10827
Items Included
Product Highlights
Product Description
In the world of pretend war, it's arms race. At first, everyone is just using their fingers as imaginary guns. Then, a kid from down the street shows up with an old toy cap gun that they found in their parents toy box. After that, it's anyone's game! Of course, you could give your kid a head start with this Toy Tactical Machine Gun. With realistic sounds and a cool effects, he can be the military commando of any pretend war operation.