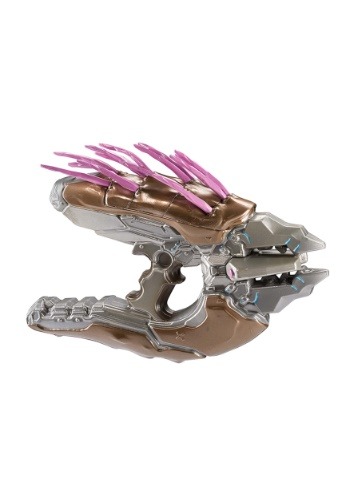 We’ve played Halo games before. We know how undeniably awesome the Needler is, but we can’t just go around handing out dangerous alien technology to everyone. That would be downright irresponsible of us, now wouldn’t it? It would be chaos. Bright pink energy shards would by flying everywhere. Even Master Chief wouldn’t be able to contain the mayhem that would ensue. That’s why we just sell this toy version instead of the real thing.

This Halo Needler accessory is made out of molded plastic and it’s designed to look like the weapon from the video game series. It has bright pink “needles” sticking out of the top for add effect. You can carry it as you try to intimidate some aliens that are in your neighborhood, or you can just use it to blast imaginary baddies. You can even get two of them to dual wield Needlers like you do on the Xbox.