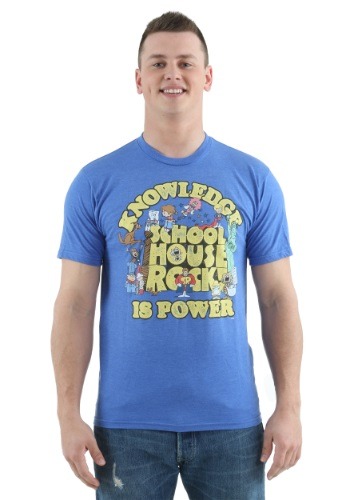 ”As your body grows bigger, Your mind grows flowered! It's great to learn, Because knowledge is power! It's Schoolhouse Rocky! That chip off the block Of your favorite schoolhouse, Schoolhouse Rock!”

We don’t know what we would know if we didn’t know that knowing stuff was the coolest thing you could know. It’s like…what if you didn’t know stuff? What if you didn’t even care about knowing stuff? What kind of stuff would you know if you were like, “Stuff? No thanks - don’t want to know!”? You’d probably just be a guy who doesn’t know anything about any stuff, you know? And we don’t know a ton of stuff, but from the stuff we do know we know that you definitely wanna at least know some stuff! Knowing stuff is the best! Every day, we wake up and think, “Man, we can’t wait to know some more stuff!” Wanna know why? Because it makes you powerful! You can just walk into any room, take a look around, and be like, “Yo. What’s up. I know some stuff. Wanna know about it?” And boom! People are like, “Yeah, that guy? He knows some stuff.”

And that’s probably why this Schoolhouse Rock Knowledge is Power T-Shirt for men is so great! Like the classic Schoolhouse Rock - the most rockin' way to learn some new stuff, in our opinion - it totally reminds us how important it is to know stuff!