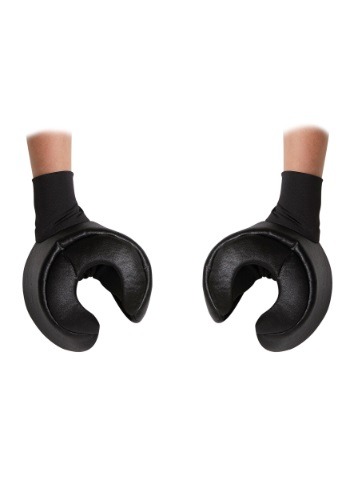 Combining the best aspects of the previous Lego ninja and Bionicle lines, Power Rangers and zoids, martial arts movies, it’s no wonder that Ninjago has become such a phenomenon with kids around the world to warrant the third Lego feature film, coming in only after as iconic a property as Batman. In 80 years, will we have been treated to half-a-dozen incarnations of the Ninjago characters? Only time will tell, but the franchise has all the hallmarks of staying power. It has adventure, magic, humor, and friendship. Kids get to pick their favorite Ninja based on color, element, and personality. What more could you want?

Now, Lego hands are perfect for Lego minifigs to grasp Lego accessories, because they’re all designed to fit together. Unfortunately, most of the items in your house probably haven’t been molded to fit these Lego hands. Even if you do have your own katana, the hilt probably isn’t quite thick enough. That’s why these Ninjago Lego Hands have a gap sewn into the palms of the gloves, allowing your hands greater dexterity without removing the gloves. We’ll bet real Legos wish they had that!