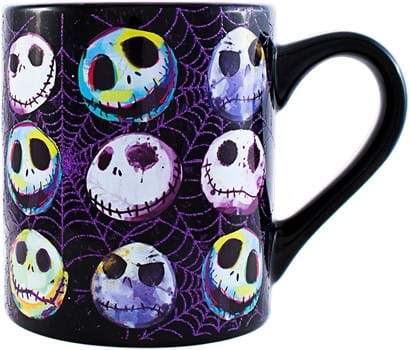 14oz Nightmare Before Christmas All Over Print Glittery Mug

The most wonderful thing about the classic film The Nightmare before Christmas - besides its hauntingly picturesque stop-motion animation, its clever jokes, and its unforgettable characters - is that fact that it works equally well as a Halloween OR a Christmas flick! Go ahead and drink your cinnamon-infused apple cider or your pumpkin spice latte out of this cute Nightmare before Christmas mug all throughout October, and then keep using it for your peppermint hot cocoa during the holiday season. Jack, Sally and Sandy Claws would all approve!